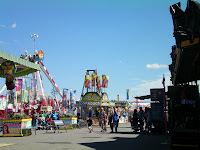 The Eastern States Exposition began in the early 1900s as a way to boost the agricultural economy in New England and has since turned into one of the largest state fairs today known as The Big E. To call it a "state" fair is a bit of a misnomer, as it is a fair for all of the New England states. 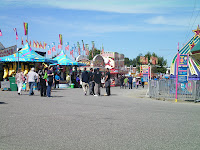 The Big E is a well known attraction to those in New England; however, this was the first year I've ever attended despite spending my teenage years as a resident of Connecticut. For those of you who've been, you know its a never-ending display of food, games, rides, shopping, farm animals etc. For the first timers, its admittedly a bit overwhelming. The first few hundred feet into the fair grounds it seems like just a normal northeastern carnival: the tents are colorful, the food trucks are ostentatious, and the rides and games are twinkling with gaudy light fixtures. As you continue walking you realize the fun seems to go on for miles (and I assure you, we walked miles that day around and around - to the point of waking up sore the next morning).

I'm sure my experience was fairly traditional, but lets relive it, shall we? It was a crisp September morning when me and two lovely ladies departed from southern CT on a mini road trip to meet our long lost buddy from PA school who moved back to MA after graduation. We had been plotting this trip for a while and were looking forward to a food-filled day of fun (that's what the repeat visitors to the Big E were looking forward to anyway).

The first thing we encountered upon arrival were the Budweiser Clydesdales... humongous, majestic horses famous for their appearances in Bud commercials throughout the year, and mostly during major football events later in the season. I have always loved horses and as a child I begged to take riding lessons; however, my mother never caved in on that request. As you can imagine, these horses were quite a sight as they are literally huge. In commercials they are often accompanied by their canine friends, dalmatians. I guess the Big E wanted to do things right so on cue at the back of the tent where the horses were kept were two dalmatians arguing over a bone. 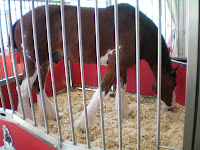 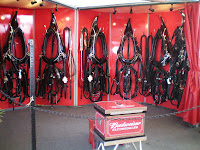 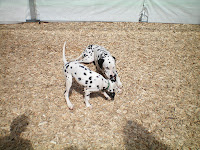 We then moved through the warehouses to take in all the goodies being sold by various vendors. There were gadgets and gizmos of plenty, whosits and whatsits galore. There was even a mini winter wonderland to walk through with blasting air conditioners and falling 'snow.' One of the warehouses was entirely devoted to farming and contained pigs, chickens, vegetables, llamas, alpacas, and landscaping displays. My favorites: the piglets and chicklets. 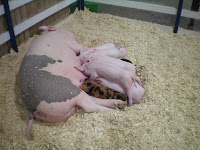 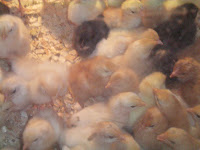 As for the food, you can get almost anything deep fried at the Big E. Fried pickles, fried zucchini, fried dough, fried twinkies, fried chicken, fried cookie dough, french fries, and so on. The two that I was lucky enough to indulge in were fried oreos - bangin - and fried cheese curds - not so bangin. The cheese curds were the brain child of our one friend; let's just say I won't be having those again anytime soon. In addition to carnival food is a multitude of carnival games rides; however, those are not my specialty so I'm not going to discuss them. Just know that every carnival ride known exists at the Big E. 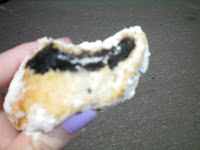 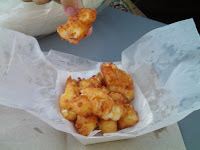 Finally, you can't really talk about the Big E without mentioning the state houses. Along one strip in the fair grounds are six old style brick houses dedicated to the states of New England: Connecticut (holla), Massachusetts, Rhode Island, Vermont, New Hampshire, and Maine. Each house contains select food and vendors from the state. In Connecticut, the big deal was the Pez. The United States Pez factory is located in Orange, CT. Each state house had something different to offer - maple syrup, soaps, lobster rolls, cotton candy, sweatshirts, hats, and other paraphernalia. I purchased some all natural soaps and some Vermont maple syrup for my boy during my tour through the houses. Overall this was a very successful and exciting adventure. 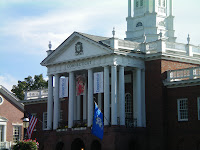 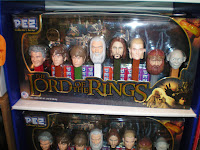 Email ThisBlogThis!Share to TwitterShare to FacebookShare to Pinterest
Labels: American Culture, Commentary, Things to do